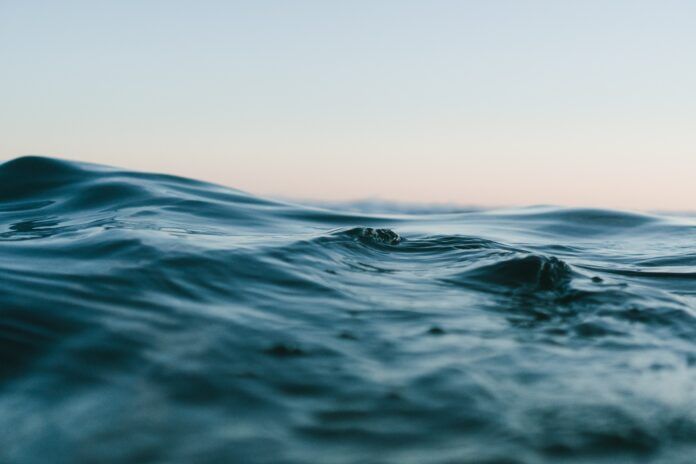 One other nautical technique that uses the thermal energy of the oceans is OTEC, which stands for Ocean Thermal Energy Conversion. That uses the different temperature layers in the water to extract the potential energy trapped in the world’s seas. The sun’s rays are constantly heating the ocean, compared to a giant solar panel.

The water absorbs thermal heat from the sun’s rays at the surface on an average day. As a result, the oceans absorb energy throughout the summer and, conversely, during the winter, they lose power in the atmosphere. As a source of energy, the oceans of the globe are considered one of the most powerful.

We have tides, waves, and currents throughout the oceans and seas. Enormous quantities of untapped potential. The well-known sources of wave and tidal power are not the only ones to consider. It is the oceans’ ability to absorb and store heat that is most remarkable. Oceans and seas cover over 70% of the Earth’s surface.

Ocean Thermal Energy  Conversion is a logical way to extract the thermal energy locked up in the oceans. That is precisely what it does. To generate electricity, OTEC relies on the difference in ocean surface temperatures near the sun. A heat engine and generator can be powered by cold water that is far deeper in the ground. 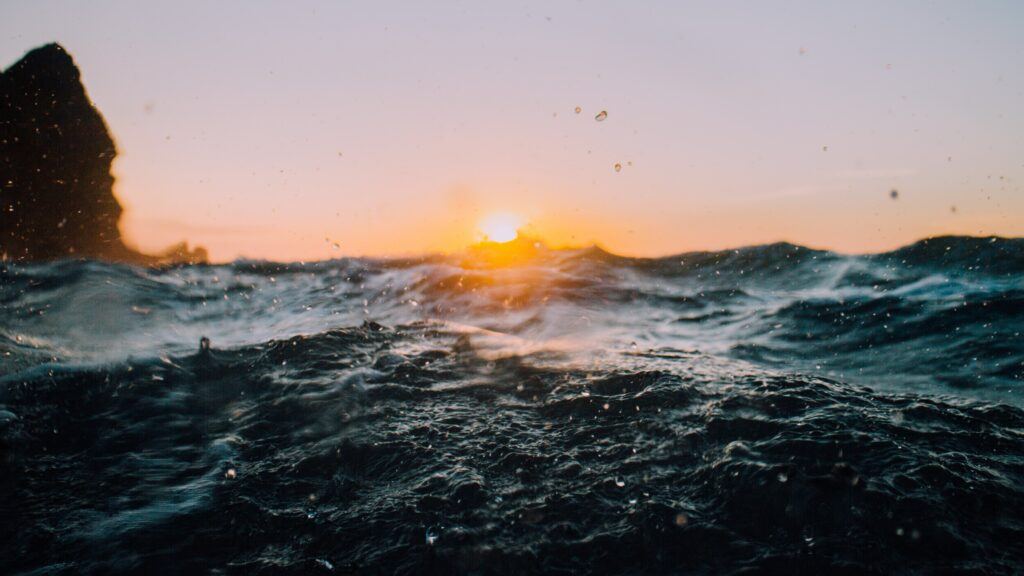 Warm water abounds in the tropical ocean’s upper 100-meter surface layers. The absorption of solar heat keeps it at a constant temperature of about 27°C or 80°F. It’s a delicate equilibrium, maintained by the sun’s radiation but tempered by the wind and waves’ ability to transport heat away from the sea. The sun’s rays cannot penetrate below this warm surface layer.

After roughly 3,300 feet, the ocean’s water becomes significantly cooler. The water temperature decreases only a few degrees more as it descends to the ocean floor, located at this depth. As a result, at a depth of over 3,300 feet, there is

massive pool of freezing water. Due to the density of the water, the seas have two separate physical temperature strata. Because it is less thick, the warmer water is found at the surface, and the colder water is located below a depth of 3,300 feet. 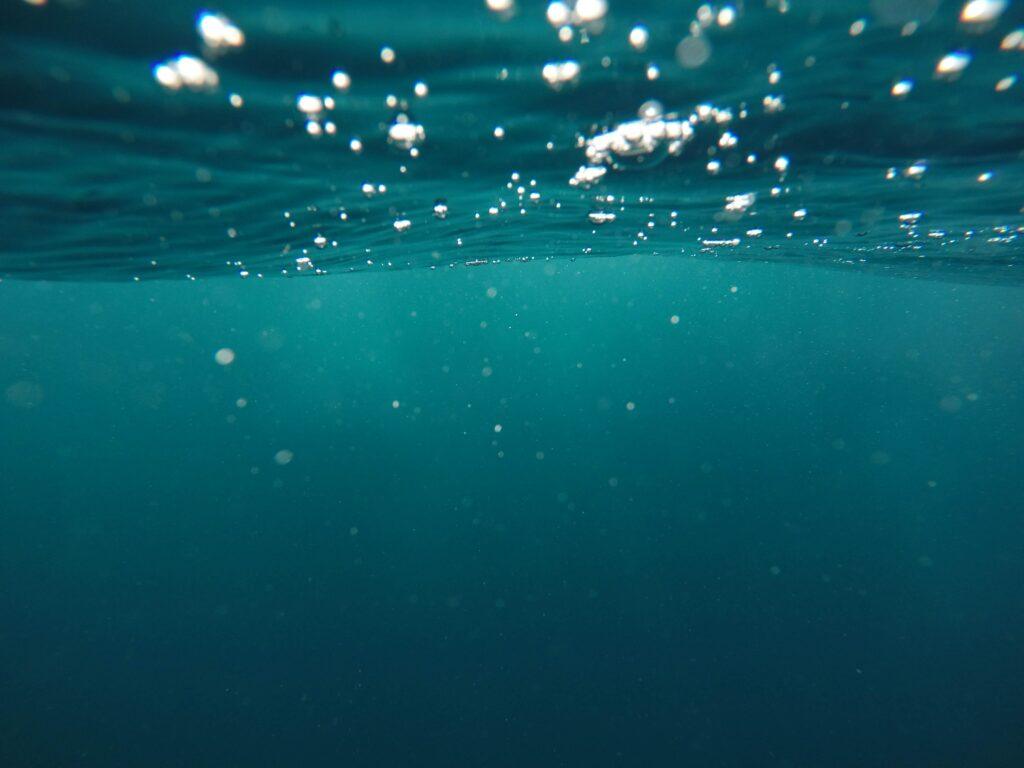 When the depth is more than 3,300 feet (or 1,000 meters), the weather only has a few seasonal effects on the temperature. Direct conversion devices now exist in three forms. Using the temperature difference between the ocean surface and its depths as a means of harvesting energy.

Warm salt water is evaporated into steam in the hybrid OTEC system, much like in a vacuum vessel’s open cycle. An Ocean Thermal Energy  conversion system hybrid contains elements of the two systems mentioned above. Seawater and a working fluid, typically ammonia, are used in the process.

OTEC with a closed-cycle:

Liquid ammonia is compressed in an evaporator by pumping warm surface ocean water into the evaporator. An electrical generator is powered by the ammonia vapor that boils due to the high pressure. An exchanger transfers heat from one side to the other, where it is transferred to the cold deep ocean water on the other side of the exchanger. To get back liquid ammonia from the vapor.

Once the ammonia has been compressed, the cycle repeats itself. The working fluid in a closed-cycle OTEC conversion system has a low boiling point. The norm is to rotate a turbine with ammonia or propane, usually in a closed and sealed circuit.

OTEC has an open-cycle design:

A low-pressure chamber is filled with warm surface seawater. When the vacuum lowers the boiling point of water, resulting in steam. To generate energy, steam powers a low-pressure turbine and generator. The steam vapor is subsequently condensed into liquid form using cold deep seawater. 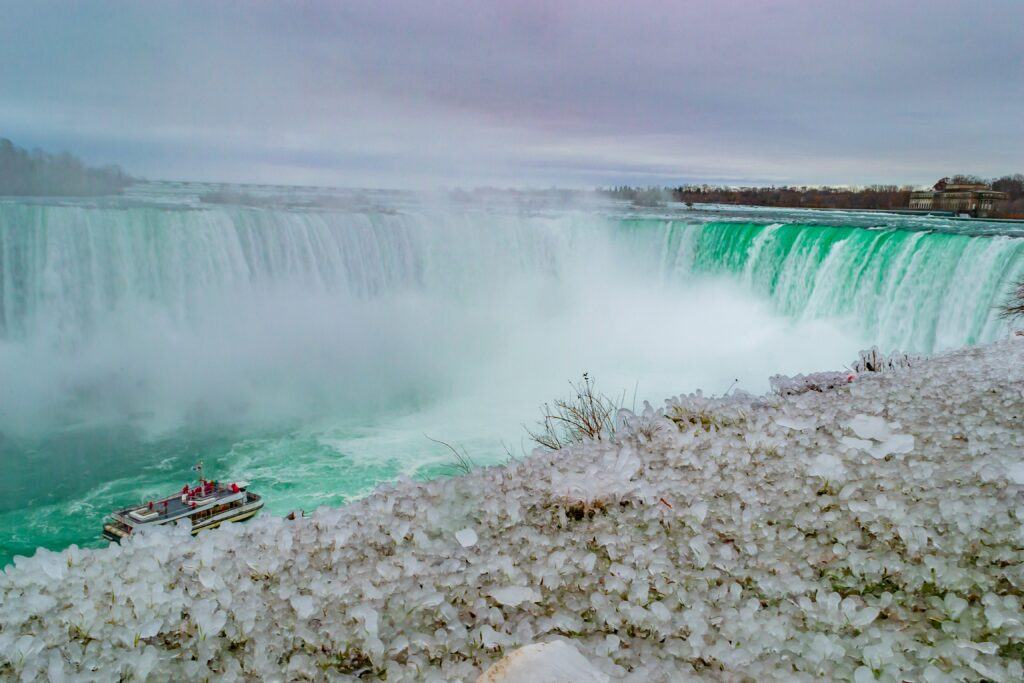 Unless it poses a risk to the environment, it will be disposed of in the ocean. Because a vacuum is utilized to turn the warm seawater into steam, this is a good thing. Desalination removes the salt from the ocean, resulting in the purest form of freshwater. In addition to providing fresh drinking water, this type of open system has some advantages.

However, this type of vacuum-based technology has numerous drawbacks. It must be tightly sealed to prevent atmospheric air from entering the OTEC system and ruining the vacuum. Ocean Thermal Energy  conversion systems that utilize open-cycle  use seawater as a driving fluid for the heat exchanger.

The OTEC system has some advantages:

OTEC is a renewable source of electricity. Why is this plant free of pollution? Ocean thermal power plants generate hydrogen and electricity. Additionally, these  energy generation plants have this benefit as well.

Because this energy is renewable energy, it is free of charge. Because the OTEC system does not rely on nature, its development is ongoing. Power generation and the production of agricultural nutrients are possible at the same time.

The OTEC system has some drawbacks:

The efficiency of energy conversion is poor because seawater has a low-temperature differential. When it comes to the cost of building an ocean thermal power plant, it is costly. The maintenance costs of an  Ocean Thermal Energy  generation station are incredibly high. 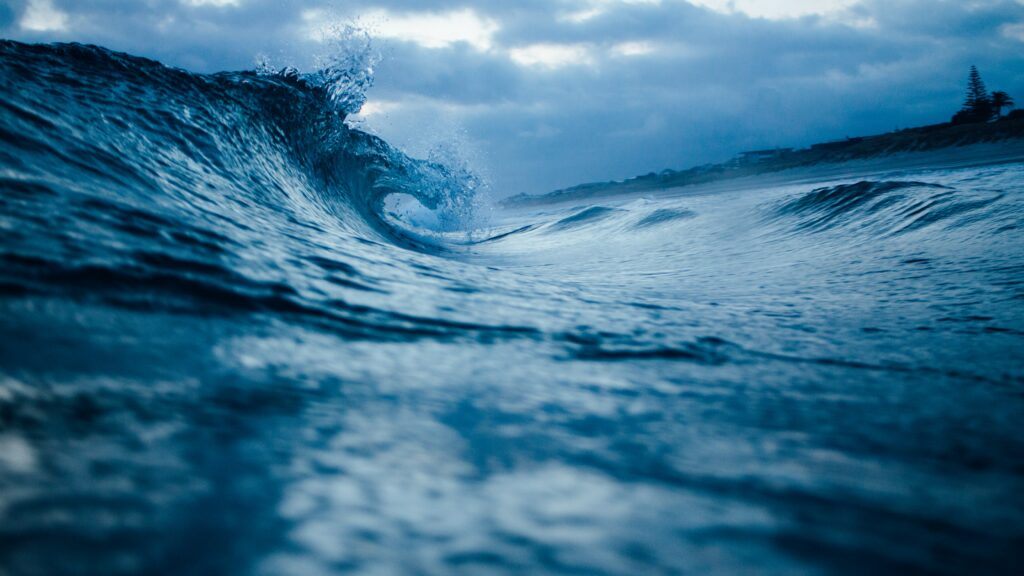 Working in this facility requires a working knowledge of fluids. Ocean Thermal Energy  conversion has a poor energy density. Only 4% to 5% of OTEC systems are capable of facilitating a conversation. It is challenging and expensive to get energy from the depths of the ocean. OTEC manufacturing facility the cost of generating electricity per kilowatt-hour is exceptionally high.

What It Takes to Run a Nuclear Power Plant ?